EMPLOYED TO SERVE - Change Nothing, Regret Everything 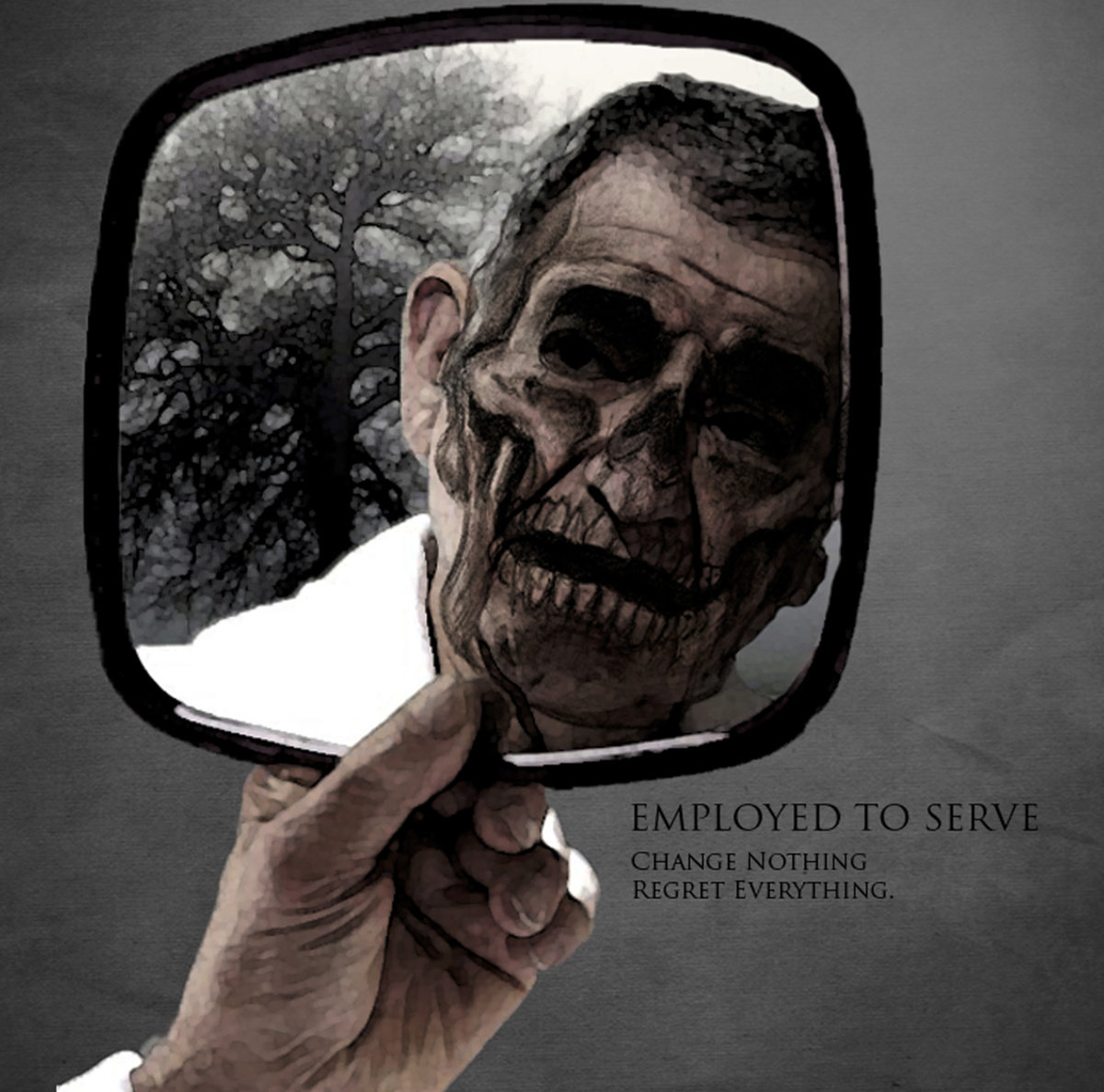 ETS were started as a two piece band. Justine Jones and Sammy Urwin just wanted to make some ugly noise and release some songs on the internet.
Luckily that changed. Last year they were looking for some people to complete the band on stage. And they are hell of a live band, the concert I saw during their European tour was really massive! If you have the opportunity go out and see them!
On this first release as a "real band"  ETS continue their ultra-aggressive approach to music: Tightly stuctured chaos with some weird breaks, insane riffs and hysterical shrieks. The songs may be a little catchier than before but that might just be me since I have listened to this a freaking lot. I guess it will be on my 2014 list.
And again I have only one thing to complain: Clocking in at 12 minutes this is way too short.
ETS want to release a full length in the end of 2014. Can't wait. Want more NOW!

You can stream Change Nothing, Regret Everything on ETS's Bandcamp or buy a vinyl version via Holy Roar Records.
Posted by spiralshadow at 11:15 AM

2013 was another great year with so many great albums. Flicking through other people's lists makes me realize that I have propably missed quite a bunch of great albums. The downside of the technical possibilities the internet brings. Anyway, this list represents the 13 releases I listened to the most this year. To make it a easier for me I sorted them alphabetically. 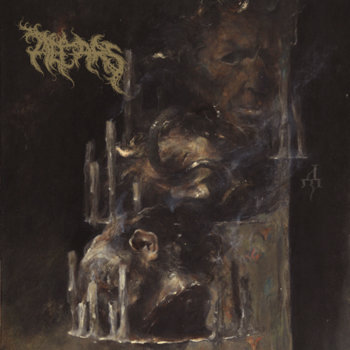 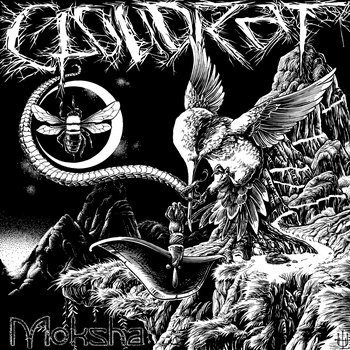 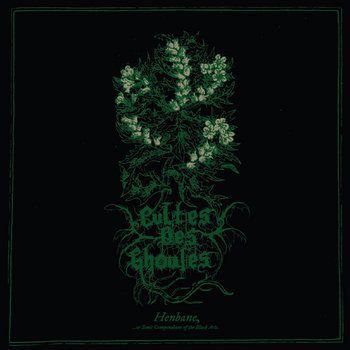 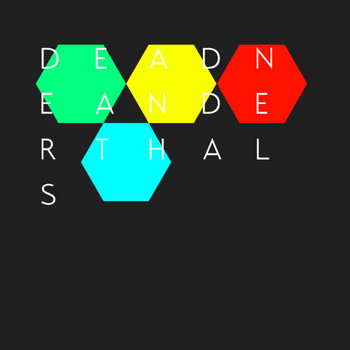 DEAD NEANDERTHALS - ...And It Ended Badly 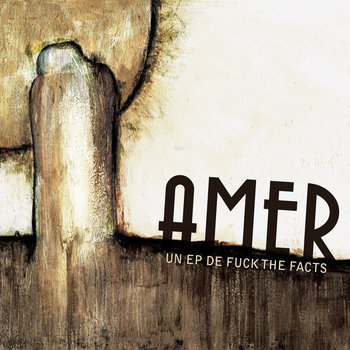 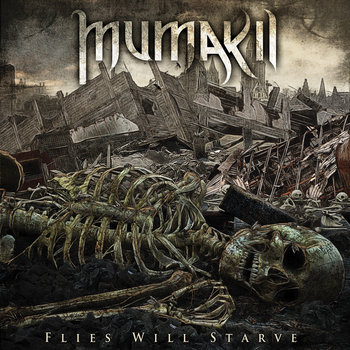 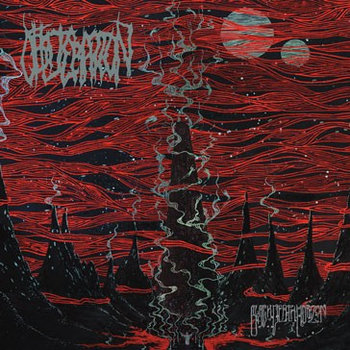 PHIL ANSELMO & THE ILLEGALS - Walk Through Exits Only 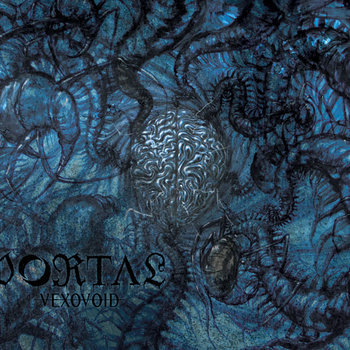 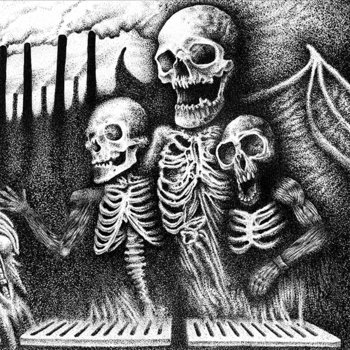 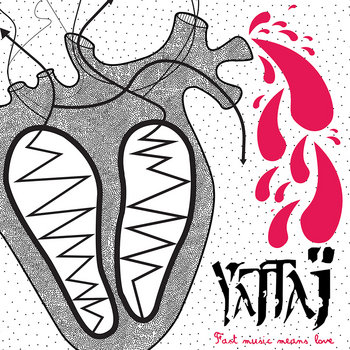 Of course there are way more great releases this year: CALL OF THE VOID, CELESTE, ELECTRICJEZUS, MELT BANANA,  NAILS, NECROPHOBIC, OBELYSKHH, ORANSSI PAZUZU, RORCAL, WHO'S MY SAVIOUR have all released great albums worth checking out.


ELECTRICJEZUS are a two man band from Dmitrov, Russia. They play the dirtiest kind of metal combining influences from all kinds of music into one fine piece of old school noise. Oleg (drums) and Ruslan (guitar\bass\vocals) answered some questions to me for this blog. Thanks a lot!

Hey guys! First of all congrats on your debut "Грязь поколений". It reminded me of the good old metal days when metal was still raw and hard instead of over produced digital copy and paste music some newer bands are playing these days!

Hi Chris, and thanks for inspiring words!

Please, tell us something about your musical influences and how you combined them to what we're hearing on  "Грязь поколений".

Yes, our album was pretty diverse and nonuniform, everything from what we listen to various music and you will agree that it is not very interesting to do a whole album such as the title track. In doing so, we are inspired by the examples of Melvins, which during its existence, played in all territories. In the album we tried to combine all that we love: Grindcore, Thrash, '80s, Doom riffs, and even mocking Pop motifs and put all under the roof of fuzz sludge and of course blackened vocals, the songs do not sing in another. 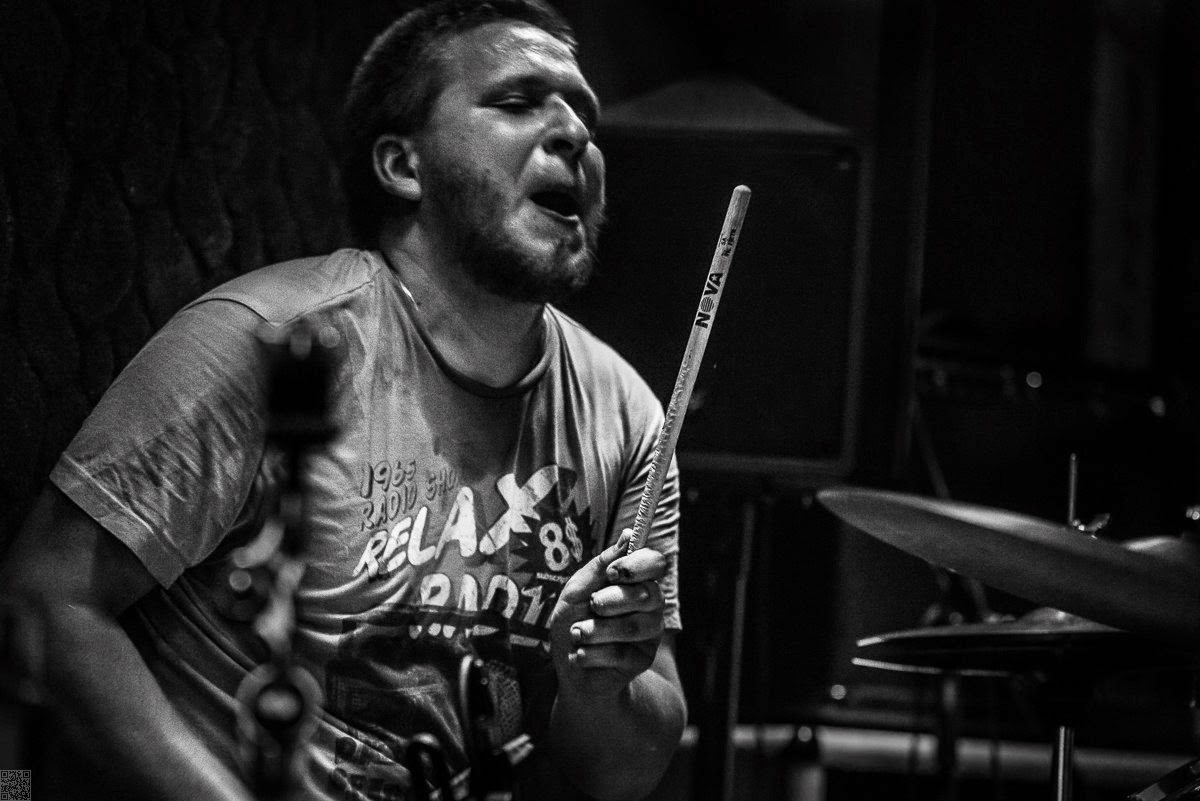 You recorded the album with all kinds of analog equipment to create that special sound.

Yes, we tried to make an analog recording, we were so interested to use the analog equipment and when turned up such an opportunity, we did not refuse. Of course we were not Abby Road and we had to use modern technology, but this percentage was negligible. We recorded album fully live, and other embodiments could not have be, because such music should be closer to the live sound - aggressive emotional and maximum vividness as if we are playing in your home.


Since I unfortunately don't speak any Russian, can you please give us a hint what your lyrics are about?

Texts were quite thoughtful and even selfish. They have their place in the world, no populist slogans that we need to all get together and all change here to see prices rather the thoughts that come to people before going to bed (good or bad).

By the way we also have a humorous song. Lyrics for it completely taken from a Russian television series about police from the 90's. 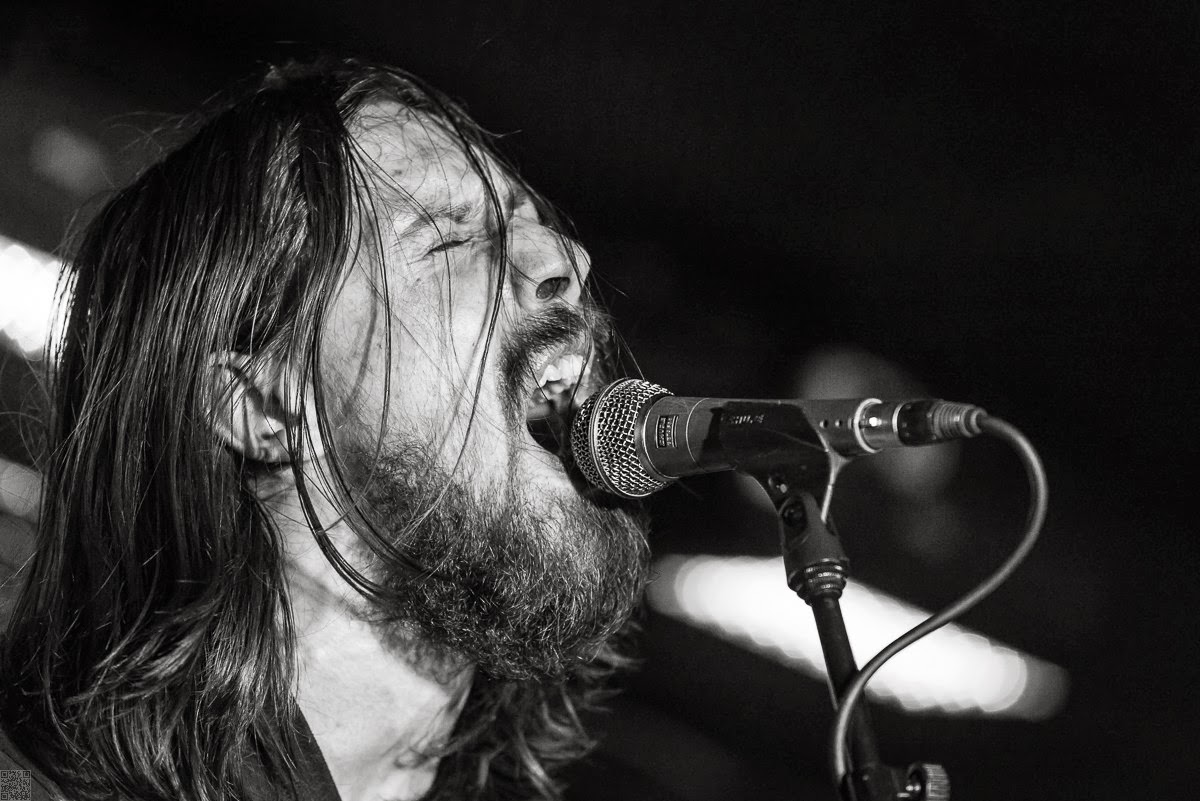 Dmitrov isn't too far away from Moscow (about 70 km according to Google). Do you have a big metal scene where you come from?

Yes, Google is not lying.

Since we are fairly new and the strange group the big scene do not take us seriously and we are far from her. Basically we play concerts for a small circle of lovers, who just formed and friends.
For us as a new group organizing concerts difficult exercise, yet so many connections inside underground. We have a lot of plans, we will try to do something like the tour and play as many gigs but unfortunately not everything depends on us.

What are your plans for the near or far future?

We have a lot of plans. Unfortunately we could not make edition on vinyl albums, none of the publishers were interested in our idea, and attempts to solve this problem by ourselves are not successful.

By the way, we have 4 songs for the next release. Not so long ago, we visited again in the studio and did a rough recording instruments. We do not know in what format it will be poured (EP or LP) but we can say that the overall theme of records will be the atmosphere of the book Andrei Platonov's "The Foundation Pit" (among themselves we call her Russian death). Well, and accordingly, all the songs will be about death
and of course want to go on a tour in different cities and countries, but so far we do not know how to manage it. We hope the project will live for a long time, we have enough enthusiasm.

Yeah, I hope that, too. It's the kind of enthusiasm that is so important for our scene! Thank you so much so answering my questions.

And if you happen to be interested in the Russian Metal underground here are some recommendations by Ruslan and Oleg ("Our favorite bands of the grim scene of Russia!")

Löd
The Fall of Mammoth ("Unfortunately the group has disbanded.")
Grave Disgrace

Posted by spiralshadow at 12:30 PM

DEAD NEANDERTHALS - ...And It Ended Badly

It's been a busy year for the DEAD NEANDERTHALS. They played a bunch of festivals, have been on a 4 week tour with Nick Millevoi through Eurpope and after the "Polaris"-Album and the "Meat Shovel"-EP they just released their next album which is a collaboration with London based sax player Colin Webster.
...And It Ended Badly is a concept album. A musical statement describing the chaos of a war in 6 chapters. The  drums are representing the armory used in a battle while the two saxophones are the opponents, fighting to the death. Neither one is going to give up. During an emotional ride towards exhaustion the opponents get weaker the longer the battle goes on.
...And It Ended Badly paints a cruel picture of an utterly pointless war that can never be won. It ends with what is both the quietest and saddest song the DEAD NEANDERTHALS have recorded so far.
Colin Webster (sax), Otto Kokke (sax) and Rene Aquarius (drums) have created a very complex piece of art that is worth being discovered and unraveled piece by piece. Let's hope the collaboration of the three musicians will be continued eventually.

You can stream and download ...And It Ended Badly on Dead Neanderthals' Bandcamp or buy a CD version via Gaffer Records or Raw Tonk Records.
Posted by spiralshadow at 2:16 PM "We do not have much hope for people [...]!" is what WAKE stated in a recent interview with Decibel Magazine. Listening to their latest record that's not hard to believe. With a sound that is way dirtier than on their last full length  WAKE color their grind black. Noisy disharmonies, guitar feedbacks and tons of distortion make the Calgary four-piece sound beyond pissed, screaming bloody murder towards a modern society that is drowning in its own overbearing way of life.
"False" is a 20 minute avalanche of hate combining the full speed frenzy of raw grind and the shattering despair of modern black metal. For me one of this year's must have albums in extreme music.
Handshake Inc. owner David Hall is making a film based on the album, you can watch the first clip that's based on the track "Rotten" here.

You can buy your vinyl copy via Handshake.Inc (US) or 7 Degrees Records (Germany). A downloadable version is available on Bandcamp.
Posted by spiralshadow at 4:28 PM